Look what just arrived from ThriftBooks on Amazon: a door-stopper! A 1996 edition of The Book of 101 Opera Librettos: Complete Original Texts with English Translations.

I certainly could have made good use of this tome over the past month and a half! One thing which has to be tackled when one is trying to see opera on the cheap—or simply just to see many operas which aren’t available on conventional DVD/Bluray with the option of subtitles (and more re: Premiere Opera later)—is how to get ahold of librettos (or “libretti”).

There are many options. The one I used for seeing the whole 2015 ROH [Royal Opera House, Covent Garden] Andrea Chénier (link to Act I of IV here) was via an online public domain source, and I had the local print shop print out a paper copy for me. That would be a bit cumbersome for each opera…hence this tome, which can be found used on Amazon.

The Book of 101 Opera Librettos isn’t exactly a book to sneak into one’s purse if you’re lucky enough to go to live opera…might as well haul around a few bowling balls. Better to read the libretto beforehand, if needed. But it certainly works in the comfort of your living room–

Mostly. Problems arise when one has to keep deciding whether to look down at the libretto to comprehend what is being said, versus staring at a certain tenor who shall remain nameless. Or when tears are streaming down one’s face, obscuring the too-small type.

As to the last question, perhaps it has to do with the several versions there are (in French and Italian) of this opera…but I still find it a puzzling omission. More on Don Carlo and its multiple versions later.

Nonetheless, I’m grateful to have this book…if nothing else, I can use it as a booster seat.

Join 540 other followers
Follow Don Carlo and the Seamstress on WordPress.com

"Why have you snatched me from the tomb, o cruel God?"
Featuring the glorious colors of the @metopera Robert Carsen production of Eugene Onegin as we remember with love the great Russian baritone Dmitri Hvorostovsky (16 Oct 1962 - 22 Nov 2017) who left us too young, and fought cancer so bravely. What a smile, what a gift, what a glorious voice. We will never forget you, Dima!!! The temporary white rose profile picture is to honor Dima.
Happy Birthday (Apr 8th) to the great Franco Corelli!!! ❤️❤️🌹🌹Forever rending our hearts with that heavenly voice. #operalove #opera #tenor #francocorelli #carmen #donjose
Beautiful Ildar Abdrazakov 💙 #operalove #opera #ildarabdrazakov 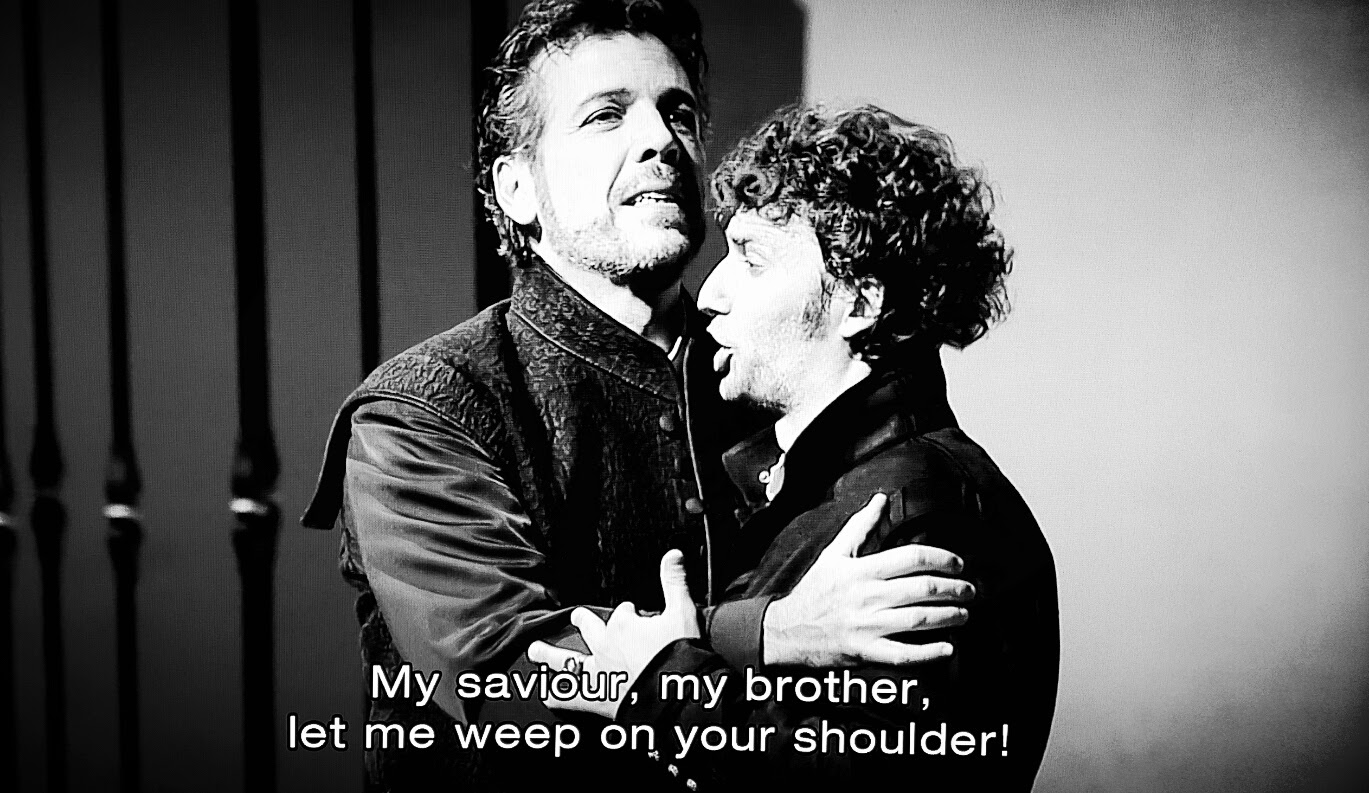 All the (Dickensian) Year Round

Dana Rail
All Manner of Thing

The Art of Head Wrapping - However You Cover, We've Got You Covered!