I’m in the midst of a viewing of the 1996 Théâtre du Châtelet production of the (French language) Don Carlos with a younger Roberto Alagna and Thomas Hampson—he is, oh, so beautiful!—and I will return to this subject shortly.

But for today, on this Good Friday, I thought I’d take a pause in the opera journey to share something a little different: a modern Ave Verum by Welsh composer Karl Jenkins. (Fun fact: he is the first Welsh composer to receive a knighthood!) Jenkins is known especially for his Adiemus, Requiem, and The Armed Man: a Mass for Peace. This Ave Verum is, perhaps, my mom’s favorite piece of music. (Thank you, Debra, for finding it!)

One of the unique things about this piece is that it is sung, unconventionally, by two beautiful, brilliant baritones: Simon Keenlyside and Bryn Terfel. (In Bryn’s case, bass-baritone.) To me, their voices blend so exquisitely in this unusual and wounding treasure. I hope you enjoy it!

I will take a post-break for the coming day or two. Thank you for reading! Whether or not you celebrate Easter and the Triduum, I hope your coming days are filled with beauty, and peace.

Born of the Virgin Mary

On the cross for man,

Whose pierced side overflowed

With water and blood,

Be for us a foretaste

In the test of death. Amen.

By a happy accident, I’d forgotten to cancel my free trial of Amazon Prime last year—I have about 5 days left at the moment—and so the first opera I saw with our wonder-tenor Jonas Kaufmann is viewable for free, compliments of Prime and Medici (at least here in the US), and can be found here.

Werther is Jules Massenet’s four-act opera of 1887, based on a 1774 novel by Goethe. This is the 2010 production of the Opera National de Paris, starring our tenor in the title role, Sophie Koch as Charlotte, and Ludovic Tezier as Charlotte’s fiancé Albert. A good synopsis can be found at Naxos, here.

As you might imagine, our tenor is sublime as the poetic, melancholy, Nature-worshipping Werther, whose doomed love of Charlotte—affianced to Albert before love awakens between herself and the young poet—leads to tragedy.

Please don’t miss this beautiful, moving performance and production. For a taste of it, click the link above—or here—to the heart-stopping aria, “Pourquoi me réveiller?” (“Why rouse me?”) You won’t want to be awakened from the dream, either…

It was approximately 7:30am PST on February 5th 2016 that I first heard the voice of Jonas Kaufmann and Dmitri Hvorostovsky. The means: an innocent-looking facebook link to their Pearl Fishers duet from a concert (“Hvorostovsky and Friends”) in Moscow of 2008.

I had not followed opera ~ except for perhaps one or two Bryn Terfel productions on dvd ~ since I was a little girl with a crush on Samuel Ramey. However, having grown up with the marvelous Zeffirelli production of Turandot with Placido Domingo, my family and I had finally taken advantage the previous evening of the Metropolitan Opera’s Live in HD cinema showings ~ this time, the Met’s most recent Zeffirelli-based production of Turandot. Swedish soprano Nina Stemme was phenomenal as the lead, and the set was glorious to behold.

As we were underwhelmed by the Calaf, however, Debra (my marvelous mom) went on a search for current tenors ~ again, we had not been following opera ~ and came across the wonder-tenor Jonas Kaufmann. (Had we been under a rock all these years…?)

Never would we have imagined that any tenor after Domingo would have a voice of a similar quality. Mr Kaufmann’s is reminiscent of his, yet altogether unique; his has a darker texture than that of most tenors. Emotional, rich, “veiled”–as I have heard it described. Sublime. (But, truthfully, I don’t think the perfect word has yet been invented.)

And glorious Dmitri Hvorostovsky? A heart-stoppingly beautiful baritone, whose presence and power are unmatched, and who brings emotional richness and captivating charm to every role. Dima, we love you!

Little did Debra know what she would start with the innocent sharing of a link to a duet.

Since that time (about a month and a half later, as I record this), I’ve managed to see filmed or YouTube versions of operas such as Don Carlo (oh, have I fallen for Verdi, or what!), La Fanciulla del West, Il Trovatore, La Forza del Destino, Andrea Chénier, Manon Lescaut, Tosca, and Werther; I’ve seen Mr Kaufmann’s glorious An Evening with Puccini in the local cinema; and have discovered innumerable arias and lieder that have brought joy and light into a busy little life.

In a world filled with tragedy and loss, it is a great gift to find joy in the Beauty of something so well done, and so passionately. I thought of scribbling my thoughts here, as I continue to journey into this wonderful world, even if no one else were to read them.

But one of the best joys is discovering other opera fans and friends! I’m learning more by the day, and love sharing the love right back.

I figure: if one who has little to no means to spend on travel and expensive opera tickets and no formal musical knowledge or training, nor a facility for languages other than my own, can appreciate the great gift that opera is…well, anyone can. (And should, if possible!)

Jonas, Dmitri, and all of these great artists have opened ~ to this family, at least ~ the wide landscape of opera.

Oh, what have we been missing all these years?

A humble “thank you” to all artists who bring light and beauty into our lives. 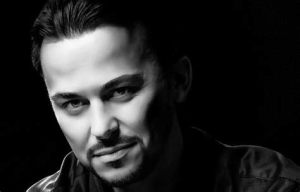 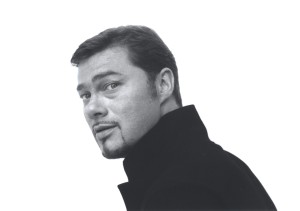 Join 541 other subscribers
Follow Don Carlo and the Seamstress on WordPress.com

Toi, toi, toi to the great @johnrelyeabass, on his performance as one of the great opera villains, the Grand Inquisitor, in Verdi's Don Carlo tomorrow night at @metopera!!!!! 🥳😈❤️ 7:25pm ET/4:25pm PT!!!
"Why have you snatched me from the tomb, o cruel God?"
Featuring the glorious colors of the @metopera Robert Carsen production of Eugene Onegin as we remember with love the great Russian baritone Dmitri Hvorostovsky (16 Oct 1962 - 22 Nov 2017) who left us too young, and fought cancer so bravely. What a smile, what a gift, what a glorious voice. We will never forget you, Dima!!! The temporary white rose profile picture is to honor Dima.
Happy Birthday (Apr 8th) to the great Franco Corelli!!! ❤️❤️🌹🌹Forever rending our hearts with that heavenly voice. #operalove #opera #tenor #francocorelli #carmen #donjose

All the (Dickensian) Year Round

Dana Rail
All Manner of Thing

The Art of Head Wrapping - However You Cover, We've Got You Covered!